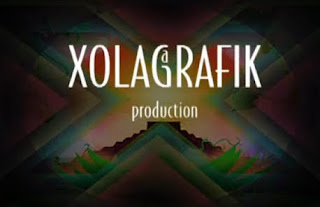 Juvenile Life Without Parole: The Potential for Progress

The coming Supreme Court term may see the United States move closer to its ideals of justice, or remain stubbornly locked in last place in at least one area—how we treat the smallest and weakest among us. Of all nations in the world, the United States of America is the last to ban sentences that require children to die in prison for crimes committed while young. Additionally, aside from Somalia, the USA stands alone in refusing to ratify Article 37 of the U.N. Convention on the Rights of the Child (CRC). Were we to do so, the possibility of parole would have to be given to children.

On the 2008 campaign trail, when asked about the CRC, then-candidate Obama said, “It is embarrassing to find ourselves in the company of Somalia, a lawless land.” He went on to promise that “I will review this and other treaties and ensure that the United States resumes its global leadership in human rights.”

As a nation, we move forward bit by bit. At times we take large strides to correct a slow pace. The issue of Juvenile Life Without Parole is an area that now demands a second look. One day soon, the idea of sentencing children to die in prison without even the possibility to redeem themselves will seem as bizarre as those laws that barred women from voting.

In fact, it was only in 2005, in Roper vs. Simmons, that the Supreme Court finally ruled the juvenile death penalty was unconstitutional. In arguing, the text describes a paradigm that informs legal reasoning in US law and specifically the Eighth Amendment’s barring of cruel and unusual punishment. It does this by consulting “objective indicia of consensus,” or signs in society or practicing of law that certain punishments or rulings or situations are no longer deemed accepted by the social body. The court need not see a definite declaration of as much, it infers this from many indicators.

A simpler way to illustrate this dynamic would be to say given time, the human being grows and evolves. A society is nothing more than a collection of human beings, and as such, evolves. A wise law accounts for the progress a society is making by embodying its current morality or lean toward new mores.

We need only look to our recent past to see examples. What is reasonable at one time to a person, or a nation of people (e.g., child labor, women as property, right to own slaves) can later be understood to be (and have always been) unreasonable or unjust. In general, we forgive a society for being imperfect (as people are imperfect) though we demand it improve at all times.

All apparent indicators in our society today imply that people change over time. That the human condition is not sealed in childhood, but of a developing and transient state. We speak to the young often, reminding them they most likely will look back and see things very differently, such is the change that a human mind and heart travel on the path to adulthood. It makes sense that this understanding would be codified in the sentencing of minors.

Today, parole exists for adults. It is a given that a grown person can see the error of their ways and have changed over time, or simply grow to be something better than they were. Or at least merit a second chance. But aren’t children even more likely to change over time than an adult who has already grown through his or her most malleable and fluid phases of mental and emotional development? And who is more deserving of a second chance than a child? None of this is to say every child sentenced to life in prison would or should walk free. The possibility of parole is just that: possibility. The allowance that a person is not a static thing. A hope for a human being to hold on to while in the hell that prisons are. A reason for them to live, and live well.

To hold that juvenile life without parole sentences are just, one would also have to exclude children from this possibility of potential to change over time. To hold that juvenile life without parole sentences are fair, we also must consider those people—specifically young people—who break a law to be of a type of human unlike the perpetually law-abiding and thus subject to a separate morality. These types of notions on criminal nature was once prevalent in the US in the late nineteenth and early twentieth centuries, when doctors and scientists of the era went to great lengths to attempt a codification of forehead measurements or family histories to make a case for criminality being something that marked one apart from the rest of the species. It was a gross and unenlightened view that aided the concurrent eugenics practices of the day. Clearly we have moved beyond the thinking of those times.

Another troubling aspect of the lack of any possibility to redress a life sentence is how people of color are disproportionately affected by so many aspects of law, from who gets stopped more, searched more, and shot more, to sentencing. In the US, African American children are actually ten times more likely than white children to receive a life without parole sentence. In California, the ratio is even more striking, at an egregious 20 to 1. When it comes to Latinos, half of the inmates incarcerated in federal prison have no previous criminal record, are least likely to be both violent and nonviolent recidivists. At the same time, Latinos are less likely overall to be given parole or probation than non-Latinos! These facts all add up to a powerful and destructive form of institutionalized racism. Given we understand those iniquities in our justice system exist and have been documented, are we comfortable with a life sentence in prison for minors, without even the possibility of parole one day? Doesn’t this mechanism resemble a giant tax-payer-funded killing machine aimed at one part of the population?

Finally, what of those who are innocent of the crimes for which they have been accused, and wrongly convicted? A terrible nexus of race and law and injustice frame the case of Efrén Paredes, Jr, a Latino honor student wrongfully convicted at 15 years old of a murder and armed robbery that others have already plead guilty to being involved in. Paredes was convicted and given two life sentences on entirely circumstantial evidence in an one of the US’ top 25 most segregated towns by a nearly all-white police department, court, and jury. Parades’ innocence is maintained worldwide and an effort to free him has been enjoined by activists, authors and experts like world renowned wrongful convictions expert Paul Ciolino, as well as the National Lawyer’s Guild (NLG). Can we truly look at the horror that receiving such a sentence would be to an innocent person and yet insist it makes sense in 2009 to make the possibility of parole something one needs to grow into, like the right to drink? To offer it to adults, but to withhold it from children?

You can help push back against injustices like this. Please take a moment and sign the petition to show your support not only for Efrén’s release, but for the over 2,500 prisoners sentenced to life without parole when they were juveniles. In addition to the myriad holes in the case against Efrén, in September of this year the Berrien County prosecuter who defended the county’s case against Paredes claiming police do not commit misconduct has had to retract those words. Corruption has been exposed in the Berrien county police department’s Narcotics unit, and according to David Robinson, a former Detroit police officer turned attorney, “Someone was asleep at the switch in terms of administrative responsibility to operate the police department.” In his estimate, police misbehavior has gone on “over a significant period of time.”

Surely any reasonable mind understands when humans come together and interact in systems guided by even the most noble intent, injustices will occur. As a principle in general, this is inarguable. To drag out a rather stale cliché and apologize for waking it, “that’s why they put erasers on pencils.” And sometimes this means leaving room not only for the mistakes of the convicted, but for the mistakes that the system—being but system of imperfect persons working together—will inevitably make.

Giving children convicted of life sentences the possibility of parole is simply what a modern society provides itself so that it may maintain the belief that it would never purposefully and unjustly put a child to death in a big, locked box.

May the Supreme Court rule the same way.
Posted by The Injustice Must End (TIME) Committee