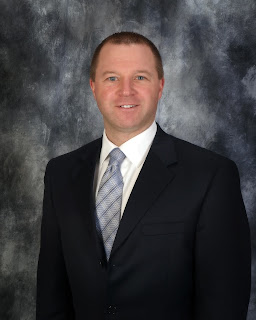 Wednesday, August 7, 2019, prisoners at the Lakeland Correctional Facility hosted DJ Hilson, Muskegon County Prosecutor and President of the Prosecuting Attorneys Association of Michigan. Hilson accepted the invitation to speak at the facility from prisoners interested in building bridges and beginning a dialogue between prosecutors and prisoners.

A large number of prisoners turned out to hear Hilson share his thoughts and answer a broad range of questions regarding important criminal justice issues. Some of the subjects discussed included the school to prison pipeline, sentencing reform, and rehabilitation. He also shared how his faith guides his daily life and his dedication to community engagement.

Hilson stated he was impressed with the atmosphere and view of the sprawling prison grounds which he absorbed as he ambulated from the Control Center to the building we convened in. Absent the fences draped in concertina wire that ring the prison, he could see a landscape more closely resembling a park or college campus than a compound caging human lives.

As he walked through the prison, Hilson observed dogs from the dog rescue program being walked around by their trainers, prisoners harvesting an array of vegetable gardens, and several beautifully manicured islands of vibrant flower beds. He also passed an assortment of bushes and trees, stone bird baths, and an outdoor fish pond -- home to dozens of colorful goldfish.

The landscaping is the product of former Wardens at the prison who sought to create a vision of humanity and foster a milieu of rehabilitation. It was created through decades of hard work by prisoners in the facility horticulture program and is maintained daily by prisoner groundskeepers.

At the event Hilson was introduced by a member of the Warden's Forum named Cedric Tooks. This writer moderated the dialogue. I received several questions from audience members and was tasked with presenting Hilson the ones that were appropriate, beneficial to the audience, and within the agreed upon terms in advance of the event (i.e., no questions or advice regarding personal cases).

Both prisoners and facility staff enjoyed the dialogue with Hilson and had a lot of positive takeaways. Even prisoners who were initially reluctant to attend the event because the speaker was a prosecutor expressed they were glad that they accepted the invitation to go.

According to one prisoner, "Going to the event wasn't what I thought it would be. I expected to hear a bunch of tough on crime rhetoric and about how horrible prisoners are. Instead, [Hilson] told us he views us [i.e., prisoners] as human beings capable of change even though we've made mistakes. That really stuck with me."

Several prisoners stated they respected Hilson's courage to speak inside a prison. Rather than attempt to ingratiate himself with prisoners, he expressed his genuine feelings and beliefs. He even began a couple statements with, "I know this isn't going to be popular," signaling he understood prisoners may not agree with his answer to a question.

Though there were some areas of disagreement during the hour-and-a-half long exchange of ideas, Hilson and audience members were able to agree on several issues. He also remarked that he would remain open-minded and receptive to sensible future policy reform ideas.

One idea Hilson and prisoners were able to agree on was collaborating to deter at-risk youth from entering the criminal justice system as one way for prisoners to help heal our communities and make them safer. Hilson accepted our invitation to work with event organizers to create a Youth Deterrent Program ("YDP") to help at-risk youth and prevent crime.

YDPs currently exist at three Michigan prisons. They consist of representatives from the prosecutor's office, law enforcement, social workers, and non-governmental organizations -- or combinations thereof -- accompanying a small group of at-risk youth to engage in dialogue with prisoners. They convene for a couple hours each month in a prison visit room where the public visits prisoners when the space is available outside of regularly scheduled visiting hours.

During YDP dialogues prisoners encourage youth to remain in school and avoid a criminal lifestyle. They also share stories about their lives and the harsh experience of incarceration. Prisoners are carefully screened to participate in the YDP by prison administrators. Close supervision by the team of people who escort the youth to the prison and prison custody staff also remain present at all times.

If this version of a YDP isn't feasible at LCF other options can include arranging to have prisoners speak to at-risk youth in various counties in real-time via video teleconferencing, over the phone, or forming a group of prisoners to write them letters or messages. Combinations of these could also be helpful.

At one point during my conversation with Hilson I conveyed to him that no prisoner's life experiences can be reduced to a single story. They are no more defined by their greatest accomplishment than they are by their worst mistake. It is a culmination of their life experiences that defines them. Not a snapshot in time.
I also expressed the importance of remembering that 95% of all prisoners return to their communities one day. They aren't banished to another planet after they leave the courtroom never to be seen again. Some people seem to embrace this false narrative, however, given the way prisoners are demonized and portrayed as menacing, irredeemable figures.

It is a reality that must be acknowledged by all stakeholders involved (e.g., judges, prosecutors, law enforcement, legislators, members of the community, etc.) and taken seriously, so wrath can be replaced with opportunity, and condemnation replaced with compassion.

If we don't strive to erase the stigmas metaphorically branded on returning citizens we run the chilling risk of transforming prisons into monster factories by objectifying prisoners. We also risk exponentially increasing the chances of these women/men recidivating and becoming deficits to society rather than assets by creating a dismal culture of failure.

According to Simon Sinek, author of the New York Times bestselling book, "Start With Why," "The more abstract people become, the more capable we are of doing them harm." This is one of the dangers of othering prisoners. Once we embark down that dark, narrow path it becomes easier to dehumanize them and engage in abhorrent behavior towards them.

Hilson acknowledged that prisoners who have served decades behind bars are not the same people they were at the time of their crimes. He also expressed his belief that there are things prosecutors can learn about the prison experience and prisoner's lives that can help better inform prosecutors how to tailor punishment for offenders.

The event was the first time Hilson participated in this type of dialogue inside a prison since he has been a prosecutor. He expressed his gratitude for being invited to participate and a willingness to return in the future to build on the successful dialogue that began that day.

It was a positive experience teeming with teachable moments for Hilson and his audience. A testament to the power of communication and keeping an open mind even in a place where people frequently find themselves at odds with one another as they struggle to cope with the daily horrors of incarceration.

The event also demonstrated that prosecutors and prisoners can occupy the same space at the same time and have a thoughtful conversation. Every point of contact doesn't have to be adversarial or in a courtroom.

When we can recognize the humanity in each other, regardless of our station in life, we can collaborate to usher in a new reality born of mutual respect and understanding. We also model the capacity of metanoia for future generations who aspire to stand on our shoulders as they explore ways to build a better future.

Hilson's visit was a step in the right direction to improve prosecutor and prisoner relations. Hopefully it was only the first chapter of working together to change the trajectory of troubled lives, help heal our communities, and explore ways to foster redemption and second chances.

(Efrén Paredes, Jr. is one of Michigan's 230+ remaining juvenile lifers awaiting resentencing. He is a blogger, change maker, and social justice activist whose case is the subject of the recent documentary film installation titled "Half Truths and Full Lies." You can learn more about Efrén or the film by visiting http://Facebook.com/Free.Efren)