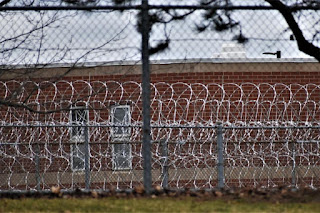 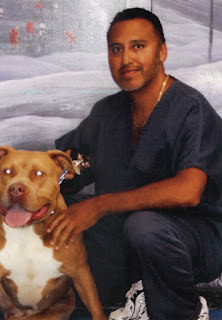 by Necalli Ollin
For the past year-and-a-half Efrén Paredes, Jr. has been participating in an interview to provide the public with a detailed portrait of what life looks like for someone who has been incarcerated for decades since the age of 15. It is the most extensive, in-depth interview published of a juvenile lifer in the nation.
In the interview Efrén answers questions about the legal process, his experience growing up in prison, social justice activism, toxic masculinity, spirituality, and how he's educated himself. He also discusses mental health, the mental and emotional impacts of incarceration, and much more.
In the final installment of this interview Efrén shares never before publicly revealed aspects of his private life, fatherhood, marriage, and his thoughts and plans about the future, if released. He takes readers on a fascinating journey allowing them to see how he interprets the world, solves problems, and tirelessly works to push the boundaries to improve the lives of others inside and outside of prison.
The interview is especially helpful to policymakers, people studying criminal justice reform, anyone trying to understand what juvenile lifers experience in prison, attorneys defending juvenile lifers at mitigation and resentencing hearings, and even sentencing bodies who will determine the fate of juvenile lifers at resentencing hearings.
For years Efrén has selflessly written about prison and social justice issues. He has also chronicled the stories and experiences of incarcerated people. Throughout it all he has kept his personal life private and out of the media spotlight. After 18 months of being interviewed we finally gain insight into Efrén the person like never before.
According to Efrén, "The interview has had a tremendous impact on many lives and we've received a lot of positive feedback." He adds, "I allowed myself to open up and be vulnerable for the interview so people could learn and benefit from my lived experiences, including my pain and personal failures. It was difficult at times, but in the end I'm grateful I did it."
The final installment of the interview series can be read at http://EfrensWords.home.blog/Part-Eleven/ and can also be read in its entirety at http://EfrensWords.home.blog. You are encouraged to read this riveting interview and gift to us all, and share it widely with others in your network.
#FreeEfren #JLWOP #AbolishDBI #HTFL
Posted by Necalli Ollin