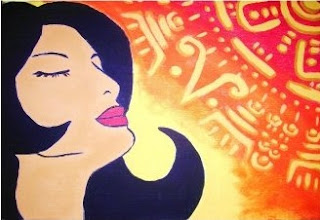 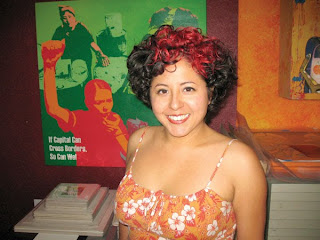 Saturday, March 21, 2009 Efrén presented his workshop via phone, "Awakening the Xicano/Latino Leader Within," at the 16th Annual Movimiento Estudiantil Chicano de Aztlán (MEChA) National Conference. The event was held at the University of Oregon. It was the 40th anniversary of the birth of MEChA.

MEChA is a student organization that promotes higher education, culture, and history. The organization was founded on the principles of self-determination for the liberation of Xicano/Latino people. MEChA advocates  that political involvement and education is the avenue for change in our society.

As he often does, Efrén asked the students to use their lives in a positive way to effectuate change, and to empower themselves and others to foster their perpetual growth and development. He cautioned them against being silent about social injustice and to never allow themselves to let others limit their creativity or define them.

One of the students asked Efrén how he has maintained such a positive attitude and remained strong during 20 years of incarceration. Efrén responded:

"The outpouring of support from my family, friends, and supporters through visits, mail, and talking to them on the phone daily have helped me tremendously. Knowing I am innocent of the crime I am imprisoned for has been a major factor as well."

Efrén went on to explain that educating himself about various subjects has helped him continue to evolve. He cited attaining knowledge about struggle, culture, history and identity as major contributors to maintaining his strength and refusing to capitulate to injustice.

Efrén used this as an opportunity to tell the students that perception about our experiences in largely determines how we are affected by them. Efrén conveyed to the students that, "No one can compel us to fail. We succeed because we choose to succeed. We wield the power to transform our reality." He added:

"We have to learn how to meet the demands of the time. Our people are looking to you to be the catalyst of change necessary to end the cycle of ignorance that has kept us marginalized and taken for granted."

ent information. He also urged them to share useful and educational information, and to foster social activism through those mediums.

In a post-conference interview with a member of the TIME Committee Efrén stated, "I always remind youth of the February 2008 protest in Columbia against FARC which was organized by students on Facebook. Some estimates were that two million people participated. Others estimated up to four million people participated. Of that number 250,000 organized the event via a Facebook group. Social networking platforms can be used to shape the consciousness of the world in a powerful way."

Efrén fielded questions and some of the students conveyed words of appreciation for Efrén presenting the workshop. It was a positive experience and had a profound impact on those who were able to attend.

Part of Efrén's closing remarks included asking the male students to remain mindful of the need to ensure that there is gender equality and mutual respect amongst the leadership in organizations. He told them they risk marginalizing and subordinating women if they do not promote their inclusion. He added that, "excluding women also fosters a culture of misogyny."

Efrén urged the students to denounce the ICE raids being perpetrated against immigrants, and asked them to participate in the upcoming May Day rallies that are scheduled to take place across the nation in support of comprehensive immigration reform.

The previous day 600 students participated in the Rally for Comprehensive Immigration Reform and Immigrant Rights at the Eugene office of Oregon Congressman Peter DeFazio. Many of the students present were MEChA National Conference attendees.

The event was organized by the students of MEChA from the University of Oregon chapter and chapters from across the nation. Other organizers included CAUSA, Oregon's immigrant rights coalition. The event also drew the support of various UO departments, PCUN, and Eugene community organizations.

The students called on Congressman Defazio to support and prioritize safe, humane and fair immigration reform. Because the majority of rally attendees were students, they demanded that DeFazio also support the Federal DREAM Act which would open the doors of higher education to immigrant students and students of immigrant parents.

Efrén was proud to be a part of the MEChA National conference and to join the students who commemorated the organization's 40th anniversary. He expressed his gratitude to the University of Oregon MEChA for hosting the conference and to the National MEChA for allowing him to present his workshop at this historic event.