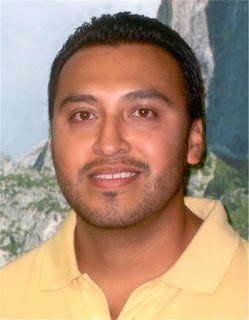 9 Efren earned his GED at age 16. He also attended Montalm Community College and worked as a clerk for the school principal at the Michigan Reformatory. He subsequently worked as a clerk and teacher's aide at various prisons between 1990-97. Teachers described Efren as being a hard worker, excellent communicator, and being invaluable to the classroom setting.

Efren was certified as a Literary Braille Transcriber by the U.S. Library of Congress in 1997. He worked for Michigan Braille Transcribing Fund transcribing print textbooks into braille for blind and visually impaired children for 13 years. He also worked as a clerk in the accounting department, made presentations to board members, developed innovative ways to help make the corporation an industry leader, and became proficient in the use of the latest computer software and technology.

In 2005 Efren became an ordained Minister and conferred with the privilege of performing weddings, baptisms, and funerals when released from prison. In 2006 he subsequently earned a Doctor of Philosophy in Religion  as part of his trajectory to pursue his perpetual spiritual evolution.

In 2008 Efren was part of a successful campaign to create a charter middle school in the Los Angeles Unified School District. He also co-founded the online web site and organization Presente.org which advocates for social justice, civil rights, and human rights issues on behalf of Latina/os in the U.S. That same year the Berkeley City Council in California passed a resolution condemning Efren's sentence as a human rights violation.

In 2015 Efren successfully completed the "40 Days of Peace" and "40 Days of Power" programs, respectively. The Power of Peace Project founder, Kit Cummings, traveled to the Muskegon Correctional Facility from Atlanta, Georgia, to facilitate the program. The Power of Peace Project teaches about the value of non-violence and underscores the need to develop conflict resolution and race-relations skills.

That same year Efren successfully completed a course offered by Muskegon Community College (MCC) named "Transition to Success." The course teaches important skills to assist prisoners in their transition back to society. He also completed another MCC course named "The Elements of Music." He subsequently completed "Juvenile Restoration in Progress (JRIP)." JRIP was a course taught by a Lansing Community College professor and Prison Fellowship volunteer that was uniquely designed to provide resources and life skills to prisoners who were sentenced to life without parole when they were juveniles.

Between 2015-16 Efren successfully completed Tier I and Tier II of Chance for Life, a program that teaches leadership, communication, mediation, and life skills. Chance for Life is a non-profit corporation strongly supported by the Michigan Department of Corrections that offers their programs inside Michigan prisons. One of the program's founders, Jessica Taylor, serves as a Detroit Police Department commissioner.

For the past several years Efren has appeared on various radio stations and podcasts across the nation to discuss criminal justice issues. Some of the stations include National Public Radio (NPR), Youth Radio, Michigan Radio, Central Michigan University Public Radio, The Jack Ebling Show, La Raza Chronicles, KPFA Radio, Detroit Superstation 910 AM, Thousand Kites, Juvenile Justice Matters, 99% Invisible, and The Theory of Everything.

Efren has taken his message of non-violence and criminal justice reform to other countries as well. He spoke to a large audience of youth at a basketball tournament in Toronto, Ontario (Canada) and has appeared twice on TelesurTV, a television and radio station based in Quito, Ecuador.

In 2015 Efren was featured in the documentary film "Natural Life" produced by Tirtza Even. The film is about Michigan prisoners sentenced to life without parole when they were juveniles. The film can be viewed on Amazon Video, Google Play, Vudu, and on iTunes by visiting the Apple Store. Efren will also be featured in two future films being produced. One is about extreme sentences and the other is an investigative documentary about the circumstances surrounding his incarceration.

While in prison Efren has raised money for underfunded public school classrooms, youth summer camps, and breast cancer awareness. He also applied for and received over $80,000 in grant funding from a non-profit corporation to build a weight training area and fund the purchase of library books, encyclopedias, and a learning resource center at a prison he was formally housed at.

Efren has been invited to speak at religious services of various faiths (e.g., Christian, Muslim, Jewish, Native American, and Buddhist) and cultural organization events throughout his incarceration. He has also been a keynote speaker at Cinco de Mayo, Latino History Month, Kwanzaa, Black History Month, Martin Luther King, Jr. Day, and other events.

Throughout his incarceration Efren has served multiple terms as a board member of several cultural and civil rights organizations at prisons he has been located. Among them include the NAACP, Latin American Spanish-Speaking Organization (LASSO), Hispanic Americans Striving Towards Advancement (HASTA), Indian Nations United (INU), and the National Lifers of America (NLA).

Efren has developed proposals and received approval by prison administrators to host numerous members of the public who have visited prisons to speak on an array of subjects. Some of the people who have visited prisons upon his invitation include professors, state legislators, poets, authors, psychologists, lawyers, clergy, and social justice advocates.

While incarcerated Efren has received commendations from prison Wardens for the positive work he has done assisting the prisoner population through his work serving 14 six-month terms as a member of the Warden's Forum at various prisons. He was elected to serve in the capacity as Warden's Forum Chairman the majority of the terms. Additionally, he has the documented support of a retired Michigan Braille Transcribing Fund Executive Director, as well as current and retired Michigan Department of Corrections staff.

In 2005 a Warden and 30-year veteran of the MDOC placed a letter of commendation in Efren's file stating in part, "[Y]ou have not only served as the chairman of the Warden's Forum for four terms ... you have also led the forum in a direction of positive change and helped to maximize communication between the administration and other prisoners. ... [T]he attitude that you display, and the manner in which you carry yourself, is an excellent example to other prisoners as you demonstrate that it is possible to be positive and productive even within a correctional setting."

In recent years Efren began teaching a comprehensive digital literacy course he designed to teach prisoners about Internet usage, web development, and blogging. He also provides lessons about harnessing the power of social networking to engineer social justice campaigns. His goal is to encourage prisoners to explore technology and allay their fears of re-entering society in the digital age as returning citizens. This is particularly helpful to prisoners who have been absent from society for many years.

Efren is currently the subject of an immersive audio project being created by a New York-based podcast producer and Columbia University graduate student. Among their collaborative efforts is producing a podcast series for The Marshall Project about Efren's life in prison. An Emory University law professor is also devoting a chapter about him in an upcoming book she is authoring about prisoners sentenced to life without parole sentences when they were juveniles.

In September 2015 Efren was among 20 prisoners selected to help develop a prison outreach component of the My Brother's Keeper (MBK) program based at Michigan State University (MSU). MBK is a program that trains people to become mentors to at-risk African-American boys, Grade 6-8, in the Detroit Public Schools. Their initial aim is to create a peer-to-peer prisoner mentoring program. Prisoners will subsequently receive the skills to mentor middle-school students. Upon successful completion of the program training Efren will receive an MBK Mentor Internship certification from the MSU Residential College in the Arts and Humanities.

In 2017 Efren was one of four volunteers in the Warden's garden at the Handlon Correctional Facility tasked with planting and maintaining dozens of different types of . He also helped harvest over 1,000 pounds of produce which were donated to Meals on Wheels and the Center on Aging in Ionia, Michigan.

That summer he also co-organized the "Juvenile Lifer Rally for Justice" in Detroit, Michigan, with Elena Herrada, Detroit Superstation AM 910 radio show host, professor, and human rights activist. It was the largest attended juvenile lifer rally in the nation. Attendees traveled from as far away as New York, Tennessee, and the District of Columbia. The event was widely covered by the television, radio, print, and Internet news media.
That same year Efren successfully completed the Employee Readiness Program. The program required completing all modules and becoming  in Microsoft Digital Literacy, Workforce Development, and FDIC  Smart. He was subsequently hired by the program instructor as a tutor to teach other prisoners the program.
In 2018 an exhibit about Efren titled, "Buried Alive," was displayed at Columbia University in Manhattan, New York, which featured audio clips, photographs, and writings of Efren about the experience of being imprisoned as a juvenile sentenced to life without parole. A short film about Efren's experience was also screened and portions from an exclusive interview with him never before made public was also displayed. The exhibit was created by a multimedia producer and Columbia University graduate student in the Oral History Department.