"Our individual salvation depends on collective salvation. Thinking about yourself, fulfilling your immediate wants and needs, betrays a poverty of ambition. It's only when you hitch your wagon to something larger than yourself that you realize your true potential and discover the role you'll play in writing the next great chapter in America's story." —Barack Obama, Wesleyan University Commencement Address— 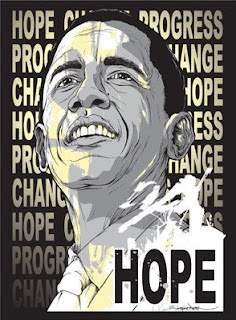 This is an exciting time in American politics. After an arduous race for the Democratic presidential nomination the stage is now set for the presidential general election to soon begin.

Many new people have been registered to vote in the past several months across the country. It is a historic time that is reinvigorating the spirit of the electoral process in every demographic. While the nation has at times seemed polarized about the presumed presidential nominees, the citizens remain united about one issue — the desire to see change.

There are many lessons to be learned from this presidential race, particularly from Barack Obama.

A year ago Obama was not viewed as an electable presidential candidate by the majority of Americans. He was unknown to many people and his message and image were eclipsed by what many felt was Hillary Clinton's entitlement to become the Democratic presidential nominee.

All that has changed though. And, in many polls Obama now leads John McCain in the battle for the Oval Office.

Besides being attracted to Obama's message of positive change for the country, I am also impressed with his persistence and courage to not acquiesce to the enormous pressure he faced to not pursue the presidency.

Obama's willingness to use his life in the interest of public service is admirable. He could have chosen to use his knowledge and skills to create a flourishing corporation purely for self-gain. Instead, he has spent much of his life giving a voice to those who could not speak for themselves and brought to attention to deserving causes.

Throughout his life Obama has also worked to create change at the grassroots level. He understood early on that real and lasting change begins from the bottom up.

As citizens we have an obligation to steadfastly work to improve the quality of life for others around the USA. Failure to take an active role only serves to further erode the social fabric of our country and it fosters degeneracy.

A mark of a true leader is the refusal to allow people from robbing them of hope and vision even when all the odds are stacked against them. It takes a remarkable person to continue swimming against the current intended to drown them and still flourish.

Obama has proven people can be successful even by remaining true to themselves and others. He has sought to stave off disingenuous tactics in his campaign and instead replace it with integrity. It was a decision he made that many early on thought would lead to his political demise.

Becoming the first presidential candidate of color of a major political party is a major victory in our country's history. It was just 40 years ago that African-Americans were allowed to vote in the USA. The nation has evolved though, and so has the collective consciousness of its citizenry.

With the USA becoming an increasingly multiracial society the Obama story has even more relevance. It gives little boys and girls of color another strong reference point to relate to that reflects their innate potential. It also helps them develop positive self-image and confidence when they see leaders in their image.

If I were free I would cast the very first vote of my entire life in this November's historic presidential election. Having been imprisoned since age 15 I have never been afforded the opportunity to yet cast a vote.

Many people have taken their voting rights for granted. I know what it feels like to want to utilize that vote and not be allowed to. You can rest assured that when I do receive the opportunity one day I will not throw it away. Voting is a precious liberty I will take seriously.

It is Obama's model of change beginning at the grassroots level that has resulted in the kind of success that The Injustice Must End (TIME) Committee enjoys through the labor and energies we have, and continue to expend. Ordinary hardworking citizens dissatisfied with injustice have accomplished extraordinary things.

This wonderful group of people has been determined to end the inhumane treatment of an innocent person deprived of his freedom. In so doing they continue to decry the false notion that people are powerless to social injustice or that their voice can be stifled by inequity.

I have spent much of my time in captivity working in the service of others. I know from experience what a difference helping others can make when we care enough to try. The results endure and we leave a noble mark on the world for others to emulate. In short, through our actions we become the agents and catalyst for change all around us.

It all begins with the desire to see it manifest. Some way. Somehow.
Posted by The Injustice Must End (TIME)