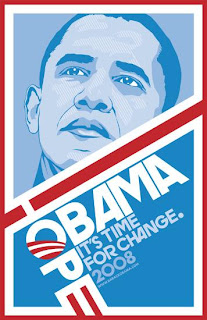 Reviving the Goal of an Integrated Society: A 21st Century Challenge

The newest report in a series of Civil Rights Project (CRP) annual reports on desegregation trends, Reviving the Goal of an Integrated Society: A 21st Century Challenge, points out that it would be wrong to assume that our nation has realized Dr. King's dream and created a society where race no longer matters. In fact, the report concludes the opposite. The U.S. continues to move backward toward increasing minority segregation in highly unequal schools.

The mission of the Civil Rights Project/Proyecto Derechos Civiles at University of California, Los Angeles, is to help renew the civil rights movement by bridging the worlds of ideas and action, to be a preeminent source of intellectual capital within that movement, and to deepen the understanding of the issues that must be resolved to achieve racial and ethnic equity as society moves through the great transformation of the 21st century.

They believe that either the country will learn to deal effectively with the richness of its astonishing diversity or it will lose pace in a globalizing world and decline and divide. Focused research and the best ideas of scholars and leaders from all parts of the country can make a decisive contribution to a renewal of the promise of the civil rights movement.

Please review this report and circulate it widely with others who are concerned about this very important issue.
Reviving the Goal of an Integrated Society
Publish at Scribd or explore others: History civil rights project
Posted by The Injustice Must End (TIME)

Only in America: Children Without Parole

"We must use time creatively and forever realize
that the time is always ripe to do what is right."
—Martin Luther King, Jr.—
Monday, January 19, 2009, the University of Michigan Prison Creative Arts Project (PCAP) held a workshop at the University of Michigan 23rd Annual Martin Luther King, Jr. Symposium to discuss the issue of life without parole (LWOP) sentences for juveniles.

There are currently over 330 people in Michigan prisons serving LWOP sentences for crimes they were accused of committing as children. Nationally that number has exceeded 2,500 people. Shamefully the U.S. stands along as the only country in the world that sentences children to die in prison in violation of several international treaties.

There was discussion about how juvenile LWOP impacts children in the U.S. nationally, information about how young prisoners are being housed in the Michigan Department of Corrections and programs available to them, what people can do to promote the campaign to abolish juvenile LWOP sentences, and the personal stories of men and women serving LWOP sentences for crimes they were accused of committing as juveniles.

Efrén's wife and and mother spoke about his case and the issue of juvenile LWOP sentences. They were there representing Efrén's family and The Injustice Must End (TIME) Committee to Free Efrén Paredes, Jr.

During her message, Efrén's wife stated, "Life without parole sentences have been characterized as a 'living tomb.' Modern courts have characterized JLWOP as a 'slow death sentence' that is 'equally severe' to a death

sentence. Others have described it as a 'virtually hopeless lifetime incarceration' that is '... a denial of hope' that renders "good behavior and character improvement' immaterial and worse, is cancerous to human development.

Efrén's mother added, "Sentences for juvenile offenders should not conclude today what kind of adults these youths will be many years from now. As any parent knows, predicting what teenagers will become by next week, let alone when they are adults, is nearly impossible. That decision should wait until they have reached adulthood and can be assessed more accurately."

After the panelists spoke they fielded several questions from the audience. Information was available for distribution at the end of the workshop regarding juvenile LWOP sentences along with sign-up sheets for writing letters to legislators. Information about Efrén's case and how to support our campaign to free him was also available.

Later that evening one of the panel members, Anita Colón from Pennsylvania, and Efrén, appeared on the Ebling and You radio show on 1320 WILS-AM to discuss the event and juvenile life without parole sentences. Click the play button on the left side of the flash player below to listen to the interview.

A special thanks to the PCAP event organizers, to everyone who attended, and to our friend Jack Ebling for continuing to generate awareness and support for our campaign to free Efrén.
Posted by The Injustice Must End (TIME)

College essay titled "Three Wise Men" by Arthur Fidel Argomaniz about the imposition of life without parole sentences (LWOP) for juveniles. Included in this must-read article are several references to Efren's writings. It is a powerful example of how Efren continues to help shape the social consciousness of people across the nation through his writings.

Arthur is a McNair Scholar, senior attending the University of Southern California (USC) majoring in sociology. He is also president of MEChA de USC, a member of CCU (Campus and
Community United) and a SAJE (Strategic Action for a Just Economy)
intern.
Three Wise Men by Arthur Argomaniz
Publish at Scribd or explore others: Law Science men rights
Posted by The Injustice Must End (TIME)