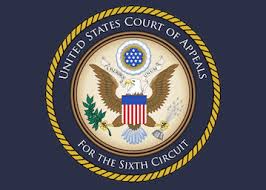 The U.S. Sixth Circuit Court of Appeals (COA) recently made an important ruling on behalf of Michigan prisoners who received mandatory life without parole (LWOP) sentences when they were juveniles ("juvenile lifers").

The U.S. Supreme Court ruled in 2012 that mandatory LWOP sentences for juvenile offenders are unconstitutional. The high court subsequently issued another opinion in 2016 which made their 2012 ruling retroactive and applicable to all 2,500 prisoners in the nation serving the draconian sentence.

The recent U.S. Sixth COA ruling states that these prisoners will now be required to receive good time and/or disciplinary credits depending on the year of their conviction. This will change when they become eligible to pursue a meaningful opportunity for parole consideration based on positive behavior.

The programs they will now become eligible for include Violence Prevention Program, Cage Your Rage, Thinking 4 Change, vocational trades, etc. The new court ruling ends these discriminatory practices and recognizes the right of juvenile lifers to equal protection.

It is an issue that will persistently be raised in the U.S. Supreme Court by attorneys representing juvenile lifers from various states until a total ban is granted and the issue is finally resolved. Attorneys have already begun petitioning the high court seeking the ban and more are preparing to do so.

While the recent U.S. Sixth Circuit COA ruling is not a panacea to unravel all the juvenile lifer legal challenges before them it is a major decision that will have a profound impact on re-shaping the contours of Michigan criminal justice reform relating to juvenile offenders.

The U.S. Sixth Circuit COA ordered Judge John Corbett O'Meara of the U.S. District Court in the Eastern District of Michigan to expeditiously resolve the matter consistent with the court's ruling. Judge O'Meara will now draft a court order specifying the details of what the State of Michigan must do to comply with the appellate court ruling as early as this month.

The Michigan legislature will also be required to revise MCL 769.25 to reflect the changes made by the U.S. Sixth Circuit COA as well. When they do it would be wise to also do two additional things that would make the sentencing process more reasonable, conserve valuable time and state employee resources, and save taxpayers millions of dollars when resentencing the remaining 260 juvenile lifers.

The U.S. Supreme Court is likely to categorically ban the practice in the coming year. Our state legislators should stand on the right side of history now rather than be compelled to make the right decision later. Remaining obstinate and tone deaf to this issue will burden taxpayers with millions more dollars in wasteful spending for repeating hundreds of resentencing hearings.

Second, the legislature should revise the sentencing guidelines for juvenile lifer term-of-year sentences from a 25- to 40-year minimum to a 15- to 30-year minimum. They should also revise the currently allowed maximum term-of-years from 60 years to a maximum of 40 years.

If the 60-year maximum term is not reduced there will be additional years of protracted costly court battles asking courts to rule that 60 years is a veritable death sentence since it exceeds the life span of the average juvenile lifer. Other states have already ruled that such sentences are inordinate and deemed cruel and unusual punishment.


Since nearly all the juvenile lifers are indigent all court expenses including attorney fees, expert witnesses, etc., will be paid for by taxpayer dollars. Conservative estimates place the price tag around $26 million to pay the fees for the 260 prisoners still awaiting resentencing.

This move alone would not release a single prisoner. It would only give the Parole Board jurisdiction to begin reviewing their cases for release consideration annually after they have served a minimum of 15 years. The Parole Board would utilize their wealth of resources to decide when the prisoners merit release based on their conduct just as they do for over 10,000 other prisoners they safely release annually.

The Parole Board will not release prisoners until they are satisfied they pose no risk or danger to public safety. In fact, the Parole Board could keep juvenile lifers incarcerated for up to 40 years under this sentencing scheme if the Parole Board is not comfortable releasing them until that time. By then most juvenile lifers would range in age between 55- and 57-years old after being behind bars since their mid-teens.

Michigan should become a leader in criminal justice reform rather than lag behind other states. We cannot lead from behind. We are being looked upon with shame and disappointment for our woefully failing record of human rights abuses against juveniles, the poor, and people of color.

It is a stain we can begin to slowly wash away by making decisions that respect the concept of redemption and inherent dignity of youthful offenders.

(Efren Paredes, Jr. is a blogger and social justice activist who appears as a weekly guest on Detroit Superstation 910 AM. You can learn more about Efren at www.fb.com/Free.Efren and www.4Efren.blogspot.com.)
Posted by Necalli Ollin