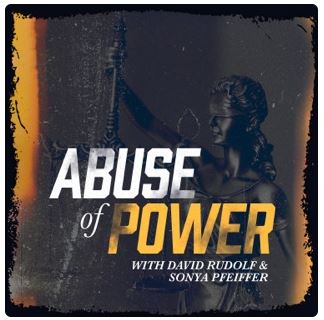 Efrén's case is the subject of this week's episode of the podcast series "Abuse of Power." The title of the episode is "State of Michigan v. Efrén Paredes, Jr." You can listen to it on Apple Podcast by visiting:http://apple.co/3jq4wVA

The series is hosted by award-winning journalist and civil rights attorney, Sonya Pfeiffer, and her husband and law partner, David Rudolf. It is produced by Campfire & Acast Studios.This episode addresses how the media and racial injustice contributed to Efrén's wrongful conviction, the era his case was tried during which resulted in large numbers of young people of color being sentenced to die in prison, the introduction of lyrics from the N.W.A. "Straight Outta Compton" album at his trial to inflame a nearly all-white jury into convicting him, and other disturbing aspects of his case."Abuse of Power" identifies and discusses the various ways in which law enforcement and the justice system have victimized the very people they are supposed to protect: us. Pfeiffer and Rudolf scrutinize this abuse by spotlighting ten cases across ten episodes in which law enforcement, prosecutorial misconduct, and even false and misleading media coverage lead to the imprisonment of innocent people.Listen to this important episode and share it widely via your social media network, as well as on your websites and blogs. You can also share this post via email listservs. Please also remember to keep sharing the Free Efrén petition available at http://Bitly.com/FreeEfren to express support for his release, and invite others to do the same. #FreeEfren #JLWOP #AbolishDBI #HTFL